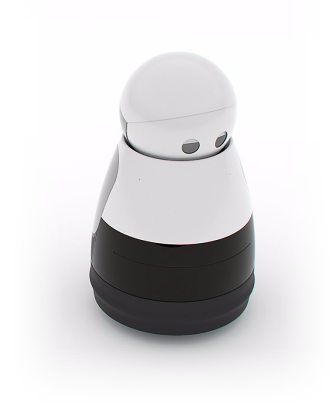 To all of our Kuri fans, we are crushed to let you know that Mayfield Robotics has ceased manufacturing, and the Kuri robots that have been made will not ship to customers. All pre-order deposits have been refunded to our customers.

Welcome to the the first of a running series about the people who have contributed greatly to the creation of Kuri, the perfect little home robot.  Today we are talking with Doug Dooley, Kuri’s Animation Designer.

Q: Let’s start with an introduction: who are you and what do you do here?

“My name is Doug Dooley, I’m an animator here at Mayfield. What I really love about animating is this idea of creating life and when I first saw robotics I had that realization that this is my chance to get in on the very beginning of something.” 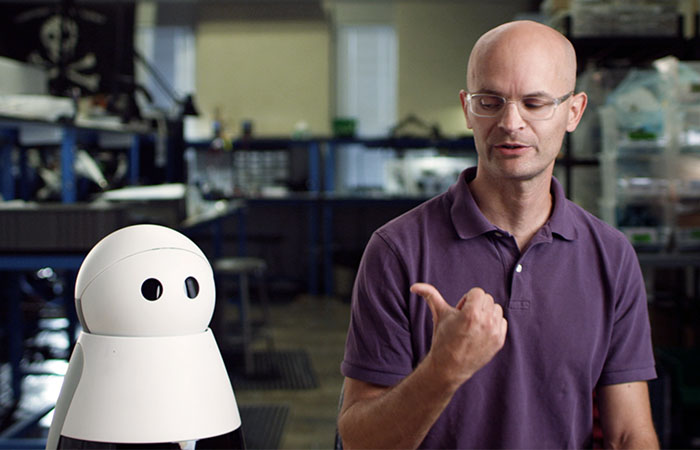 Q: What are the most challenging parts of designing a robot’s movements?

“Generally, people assume that we should always want to make robots that are more and more human. Most people aren’t sure why, but they understand that robots aren’t usually very appealing to interact with, and they default to thinking they should be more like us. That’s understandable, but it’s not really true.”

Q: How did you learn about animation?

“I graduated with one of the first computer animation degrees in the country, and I was an animator at Pixar for 13 years. Over that time I’ve realized there are a lot of tricks to making something appear alive.”

“The stuff I’m using on Kuri is the stuff I never read in books. I knew that probably the best solution for Kuri is to not make him look human – that would promise more than it can deliver. Instead, we’re focused on making Kuri move in humanistic ways. Really what it’s about is showing human thought: as humans we always show our thought and move our head before we actually move our body or change direction. With Kuri we needed to make a very simple design to make sure that everything communicated really well.”

Q: How do Kuri’s animations help him stay adorable?

“To make sure that everything he does is not going to be creepy, we had to make sure that you knew a split second beforehand exactly what he’s going to do. If you can anticipate intent, you’re going to feel comfortable with him in your home. It’s a small thing, but it’s instinctual and super important in developing a trustworthy and friendly personality.

Q: What’s been your favorite moment so far in Kuri’s development?

“I think one of the most exciting moments for me working with this team was at the very beginning: they got what I was saying instantly, and in many cases had already anticipated the groundwork for my ideas. Some of they’d even been talking about already. This is a really artistic team, and I find it really exciting to be working with them.”

An Important (And Difficult) Announcement

The Faces Behind the Robot

Kuri is One Tough Cookiebot

Kuri’s Android App Is Out!